What will it take to get back into the classrooms? LCPS sets new guidelines for public health 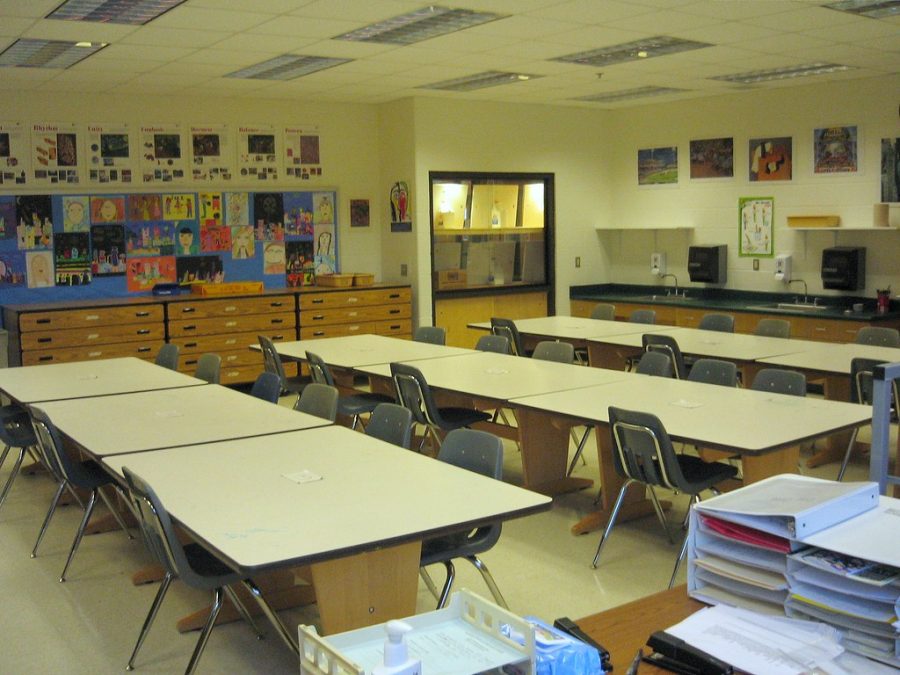 With the second semester around the corner, many are wondering about the possibility of returning to a hybrid learning environment
Loudoun County Public Schools students have made it through a full semester of distance learning, and with the second semester starting on Jan 21, the question of if a distance learning plan will move forward arises. Previously, the school board established a hybrid model that saw 7,200 third through fifth grade students beginning hybrid in-person learning on Dec 1 and 2. Although measures were taken to ensure the safety of both the students and teachers, all students eventually returned to full-time distance learning on Dec 15 due to a spike in new cases per day.

Based on this attempt, it seems reasonable to assume that the school board would not be so hasty as to make further attempts at a hybrid learning model. However, the announcement of a COVID vaccine gave new hope to the idea. The school board met on Dec 15 and discussed the future of their initial plan with former Superintendent Eric Williams, writing that “LCPS will further discuss plans for using these metrics to determine when hybrid in-person learning could resume at the December 15, 2020, School Board meeting,” [LoudounTimes-Mirror]. It was decided that Stage four, which includes integrating grades six through 12 who chose hybrid back into schools on Jan 21, would proceed as planned.

As cases continued to rise through the Holiday season and into the New Year, hope for a full hybrid return by the start of the new semester began to wane. At a meeting on Monday, the LCPS Interim Superintendent, Scott Ziegler, outlined the metrics used for determining if schools must return to distancing learning. These metrics included exceeding the threshold of 200 new cases per day per 100,000 and a positivity rate of more than 10 percent.

Academies of Loudoun teacher Megan Fay says that she feels “… like [the School Board’s] criteria is not in the best interest of safety,” and that they are much more relaxed compared to other school boards, such as the West Virginia Department of Education requiring a positivity rate of only 5 percent for schools to go full distance learning.

As of Jan 6, Loudoun has seen 464.8 new cases per 100,000 and a positivity rate of 14.9 percent [LoudounTimes]. Thus, the county is still within the “highest risk level”, and in order for hybrid instruction to continue, the two previously mentioned metrics must fall below the “highest risk level” for five consecutive days. At the meeting, Ziegler also mentioned that the school board would evaluate each individual schools’ ability to meet five basic health strategies:

A school would be considered “lowest risk” if they implemented each strategy “correctly and consistently” [LoudounTimes]. Ziegler also stated that no student-to-student transmission has occurred in a Loudoun County school thus far. Ultimately, the school board decided that they will either continue with the metrics outlined above or reevaluate at the Jan 12 meeting based on the transmission levels at the time.

As of Jan 7, Loudoun recorded 122 new cases and the seven-day positivity rate is 18.1 percent [Loudoun.Gov]. At this rate, the question of a hybrid implementation for high school students in the second semester is still in the air, but due to the new hope that the vaccine is providing, it is possible that the school board will continue as planned and have students who opted for hybrid back in the classrooms. Here’s to hoping for a slightly more normal second half of the school year.