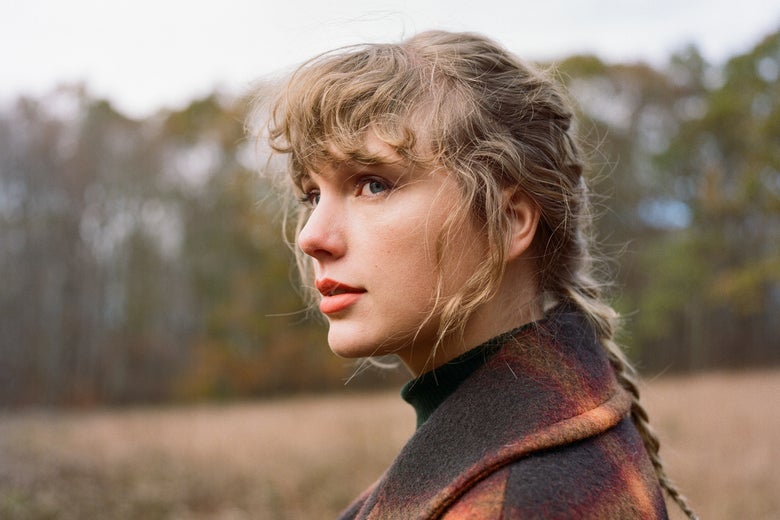 A brief look into the album that tells a lifetime worth of stories
On Dec 10, 2020, Taylor Swift took to Instagram to announce the surprise release of her 10th studio album: Evermore. The album was described as the sister album to Folklore, which was released in July. Evermore was described as an extension of Folklore. According to Pitchfork, Swift wrote these songs in isolation during the COVID-19 pandemic, but put them in two different albums because she felt they conveyed different times of the year.

When you listen to the albums together, it’s easy to notice the small differences that help Swift convey the idea of the albums taking place during two different times. Evermore provides listeners with moodier undertones and somber instrumentals. Track five, “Tolerate It”,  is a slow burn that perfectly captures the mood of this album.

Along with the unique style the songs are composed with, Swift has also let her storytelling skills shine. The lyrics are written in an anecdotal style that captures listeners interests. “No Body, No Crime”, the song Swift performs with girl group, Haim, is an example of this. The song is an edgy, folklike, true-crime record that conveys Swift’s talents as an entertainer in the way that she can keep people interested with her vocals and fascinating lyrics.

Not to say that lyrics were the only thing that made this album successful, for Swifts elaborate and dynamic vocal style was also an essential part of the listening experience. Low sung verses are met with rushing choruses sung in a sparkling echo. “Gold Rush” shows off this range in Swift’s voice. The feel of the song changes immensely throughout it due to the change in pitch.

The album was a project full of love and passion. Written with her boyfriend Joe Alwin and produced by Swift’s long time friend Jack Antonoff, the creation of Evermore and Folklore was more intimate than any album she’s made before. Both albums contained features from Bon Iver. He lended a hand with songwriting and vocals on the title track, Evermore.

Now, for personal opinions. It’s hard to just choose three top songs from this album, but I’ll do it. For the people. My top three as of right now have to be “Champagne Problems” because of the catchy chorus and that fantastic bridge, “Tis the Damn Season” because of its moody persona and once again, amazing bridge, and “No Body, No Crime” because of it’s capsulating story and expressive vocals.

I’m not the only one who was thrilled to hear about the surprise album release.“The sudden release of Evermore was a shock to everyone, I feel. I loved how the albums went together musically, but also story wise. There’s a ton of connections between the two,” said Sophomore Ani Dykes.

The album is getting praise by many Swift fans who had experienced the release of her nine studio albums prior.  Junior Lexi Guy spotted the difference in Swift’s new albums. “Folklore and Evermore are her only alternative albums. All her past music have always been Pop or Country, so these songs definitely have a different sound to them, but they are great in their own way,” said Guy.

Overall, Evermore received tons of praise from fans and music critics alike. However, some fans may fear that the end of Taylor is near, for many have reasoned that Taylor would not stop her career in music until she has reached her 13th studio album. Perhaps the folk-more album duo will become a trio?