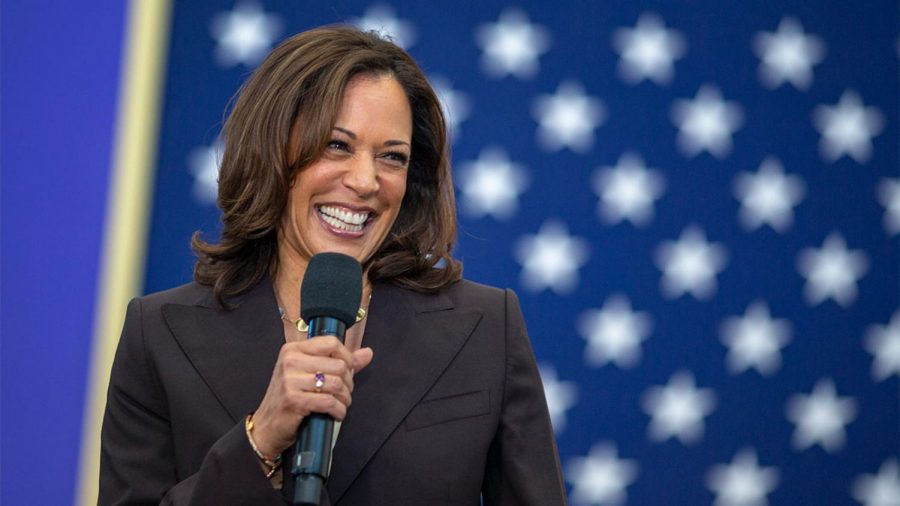 Vice Presidential election winner Kamala Harris took the oath of office last Wednesday, making history and opening up a brand new chapter in U.S. politics
As of Jan 20, the nation’s second-highest office is in the hands of the newly sworn-in Vice President, Kamala Devi Harris. Harris was sworn in as the first female U.S. vice president — as well as the first Black woman and person of South Asian descent to hold this title — in front of the U.S. Capitol by Supreme Court Justice Sonia Sotomayor. The same day, Vice President Harris acted as Senate president for the very first time, swearing in three new Democratic senators, including her replacement Alex Padilla.

This moment was steeped in history and significance in many extraordinary ways. “In many folks’ lifetimes, we experienced a segregated United States,” said Lateefah Simon, the long time friend and mentee of Harris. “You will now have a Black woman who will walk into the White House not as a guest, but as a second in command of the free world.”

Black women were absolutely crucial to the Biden-Harris victory, making them the leaders of our country with 90 percent of Black women backing the ticket, as shown by CNN exit polls.

In office, Harris “will stand as one, but she will bring 10,000,” said Glynda Carr, paraphrasing the late poet Maya Angelou. The president and CEO of Higher Heights for America continued, “She’s a woman. She’s a woman of color. She’s a Black woman, a daughter of immigrants. She belongs to a historically Black Greek Letter organization. She went to a historically Black college.”

Before Vice President Harris broke historic barriers in the ivory halls of Congress, and again on the Democratic presidential ticket, she dug into her heritage at Howard University, one of the most prestigious historically Black colleges -or HBCUs- in the country.

“As she governs, she brings those voices with her,” said Carr, whose organization, Higher Heights for America, focuses on building political power of Black women.

Harris’ political career has included many barrier-breaking moments, including serving as California’s first Black female attorney general and being the second Black woman elected to the U.S. Senate. Her ascendancy to the vice presidency, however, comes at a time of deep impression for our nation as it disputes with the role of policing neighborhoods of innocent people of color, institutional racism, exposing sexism and harassment against women in various industries, and especially confronting a pandemic that has disproportionately and inordinately hit minority communities.

“Her election to the vice presidency should be just the beginning of putting Black women in leadership positions,” said Martha S. Jones, a history professor at John Hopkins University. “Particularly after the role Black women played in organizing and turning out voters in the November election.”

Even when shattering the barriers that have kept mostly white men entrenched at the highest political positions, Vice President Harris continues to emphasize that she stands on the shoulders of women and feeds off their support.

“While I may be the first woman in this office, I will not be the last,” said Harris during her first address to the nation following the election.