Spider-Man No Way Home: A Look at the Newly Released Title, and the Fan Theories Conspiring From It 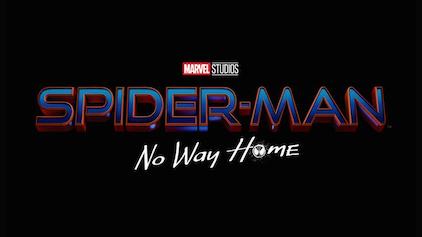 In the third installment of actor Tom Holland’s Spider-Man movies, we take a look at the newly released title, and how fans are reacting to it.
If you’ve missed some Marvel, web-slinging action, a classic Stan Lee comic come to life on the big screen, and a timeless teen romance, it’s your lucky day.

After social media began to blow up after these posts, it was finally confirmed that the official title would be Spider-Man No Way Home, which was just the spark fans needed to begin theorizing about the upcoming movie.

As expected, fans both relished and churned their minds on this obvious PR stunt, since Holland is notoriously known for spoiling content for previous Marvel movies. However, the theories that have emerged from this tri-title extravaganza are nothing short of interesting.

The most popular theory is that Peter Parker is now M.I.A., after the contents of the ending of his previous film, Spider-Man Far From Home, unfolded. The ending shocked viewers, for director Jon Watts made the bold decision to have Spider-Man’s identity outed to the world by none other than Mysterio, played by actor Jake Gyllenhaal.

Another more interesting theory is that the events of this third Spider-Man film will take place in space. It was revealed in the previous film that Nick Fury, played by Samuel L. Jackson, was actually in space during the film, and not on Earth as he had claimed. As CinemaBlend puts it, this theory would be Marvel’s take at exploring “more cosmic forces in the Marvel Cinematic Universe,” which could peak viewers’ interests to an even higher extent.

The most noteworthy theory, however, is one that opens up the idea of Spider-Man entering the multiverse. This idea was previously explored in the animated hit, Spider-Man: Into the Spider-Verse, and it’s no secret that Marvel fans all over the world loved seeing a multiverse theory come to life for the first time.

Fans speculate that Marvel will bring in old-time favorites from previous Spider-Man installments. Fans are hoping that Andrew Garfield, who played Spider-Man in The Amazing Spider-Man installments, and Tobey Maguire, who played Spider-Man in the original three movies, will make a cameo in Holland’s new film. However, in a recent interview with Holland on The Tonight Show, he explicitly states that Maguire and Garfield will not be making an appearance in his new film. But, that doesn’t stop the fans and their eager minds from continuing to develop their theories.

Whether or not this movie takes place incognito, in space, or in the multiverse, it is safe to say this film will be a great addition to other Phase Four movies that Marvel has in store. Holland’s performance has been nothing short of great in the first two films, alongside his co-stars Batalon and Zendaya, so it is no surprise that the film is already gaining so much attention in its mere early stages of press releases.

So, if you are in need of some Marvel magic, and just about the cutest Peter Parker you will ever see on the big screen, you can watch Spider-Man No Way Home when it hits theaters on Dec 17, 2021.