Even Closer to Normal 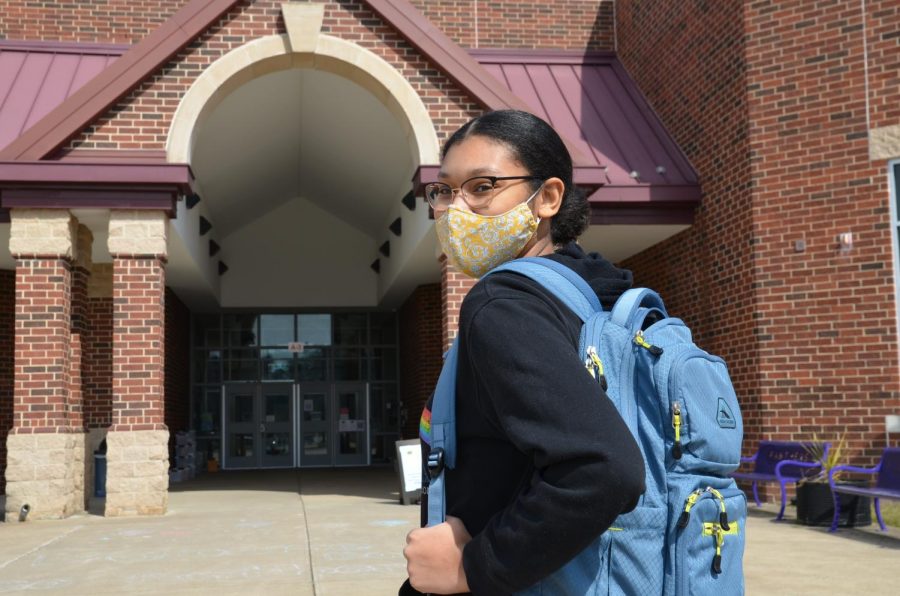 The fourth quarter is expected to bring about significant change to how hybrid kids learn by letting go of certain COVID restrictions
The fourth quarter of the 2020-2021 school year is approaching rapidly. As a mostly virtual year for the majority of Potomac Falls students, this school year has been unique in more ways than one. If you told me last year that in a few months I would be excited about having to go to school four days a week I would be… surprised. But that is the reality for the students in hybrid learning right now. The Loudoun County Public Schools School Board released details about a new schedule and updated COVID guidelines for the fourth quarter, which includes a four day school week and cutting down on the six feet space restriction between students in the classroom, thus increasing room capacities.

According to WTOP.com, LCPS Interim Superintendent Scott Ziegler said, on a Mar 10 at a school board meeting, “At this time, we are looking at space and enrollment analysis at each school, to make sure that we can adhere to either the six feet or the three feet of physical distancing required,” by the U.S. Centers for Disease Control and Prevention and the Virginia Department of Education.

Further details regarding the change in hybrid were revealed on March 23 stating schools will be bringing more desks into the classroom to allow for more students as only three feet of space will be required between student desks.

One concern that has been swirling around the student body is the question about if and how you can switch your learning preferences that were chosen last summer. Regarding distance learners going into hybrid, “Only current hybrid students would be eligible to return to four days in school buildings” Ziegler said.

According to the Ziegler and WTOP.com, offering the option to 100% distance learners would take too long to implement though there may be some exceptions.  “Any parents who want to discuss the possibility with their school need to do so between April 5 and April 9; any changes will be announced April 14,” said Ziegler.

Some students who are currently enrolled in hybrid have also had concerns about switching their preference. Some want to be able to make the choice to go back into distance learning if they find themselves unsatisfied with the hybrid environment.

The fourth quarter begins on April 12, just over a week before the changes go into effect. The four day school week is expected to run until the end of the  school year. As for next year, Ziegler reiterated that LCPS plans to have all students return to five days per week of in-person learning, while maintaining a distance-learning option.