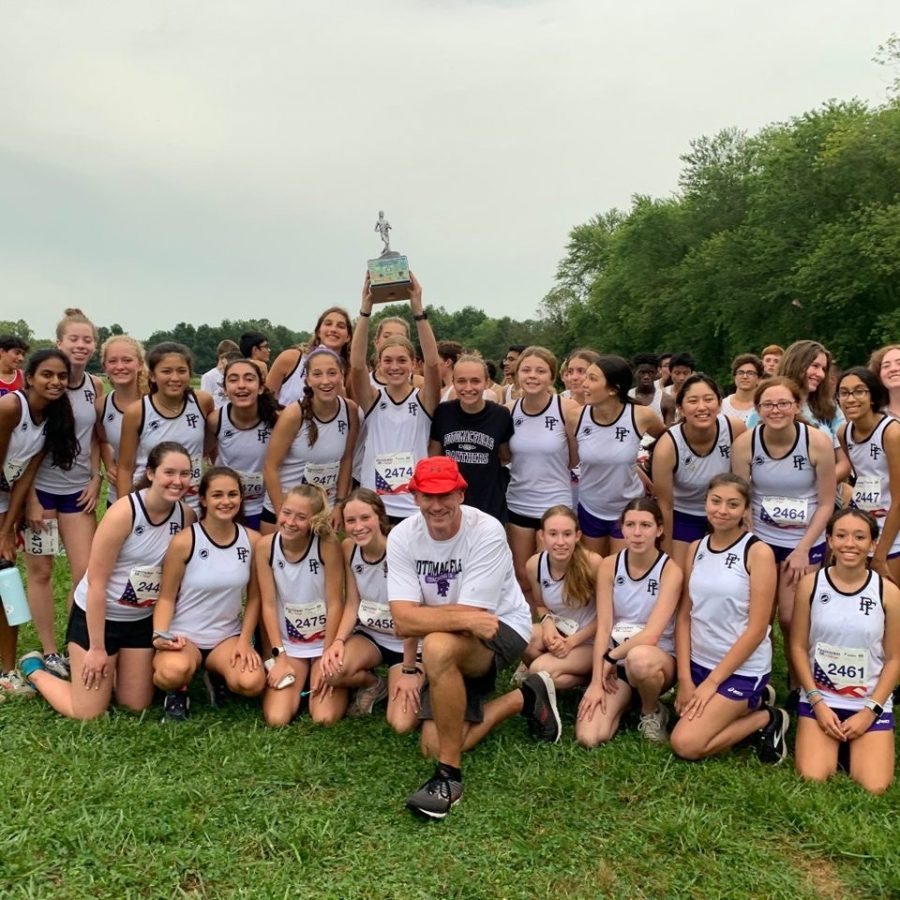 Gay also explained her recent changes in training in preparation for the meet. “My training has been a lot different this year than it’s been the last three years. We have a new coach, and this year we tried doing a lot of heavy training before the season even really started which is new to me,” said Gay.  “Typically, we’re increasing our training as the season is starting, but this time we tried to train really hard before, build up, and then back off right before our first race.”

Junior Caroline Sagen eventfully walked away with her first ever win after placing first overall for the girls. “I was super excited because that was the first race I had ever won. I think all of the work that I’ve been training for has really paid off,” said Sagen.

Oatlands Invitational was the team’s first Saturday meet, held on Sept 11, with over 50 teams that competed. Sagen ran a 22:30 at the meet, while Gay clocked 23:30 on the 3.1 mile course.

Boys team captain, senior Hudson Barth, who ran 17:46 and placed 56 out of 361, explained its importance saying, “It’s the biggest race of the year…it’s the biggest [race] for college and everything like that.” Barth placed first in the Algonkian Cup season opener.

The course is notoriously hilly, which takes its toll. “By far [the most challenging] is Oatlands because it’s super hilly. It’s really hard mentally to slow yourself down at the beginning, and then just to be able to push yourself at the end,” said Gay.

Current Cross Country Head Coach, Tom Kalka, stepped up to the starting line following the retirement of previous Head Coach, Paul Gilmore. Kalka explained the purpose behind the methods and workouts he utilizes in his training plans for his team. “We’ve done a lot more hill (work). Running hills builds your leg speed, strength, and power, so I think that’s an important part of how we train. Throughout everything that we do, we want to work hard, we want to push, we want to do the best we can, but it’s all a learning experience.”

Kalka also expressed his concern for injuries amongst his runners in the upcoming season. “We always have to worry about injuries, especially with the younger runners. Everybody thinks running is easy because you just go out and run, until you start running and you realize how much pain is involved in running,” said Kalka.

When asked about his reaction to his team’s performance, Kalka shared not only his satisfaction, but his optimism for the season and forthcoming meets. “[This race] sets us up well for the future which I’m excited about,” said Kalka.