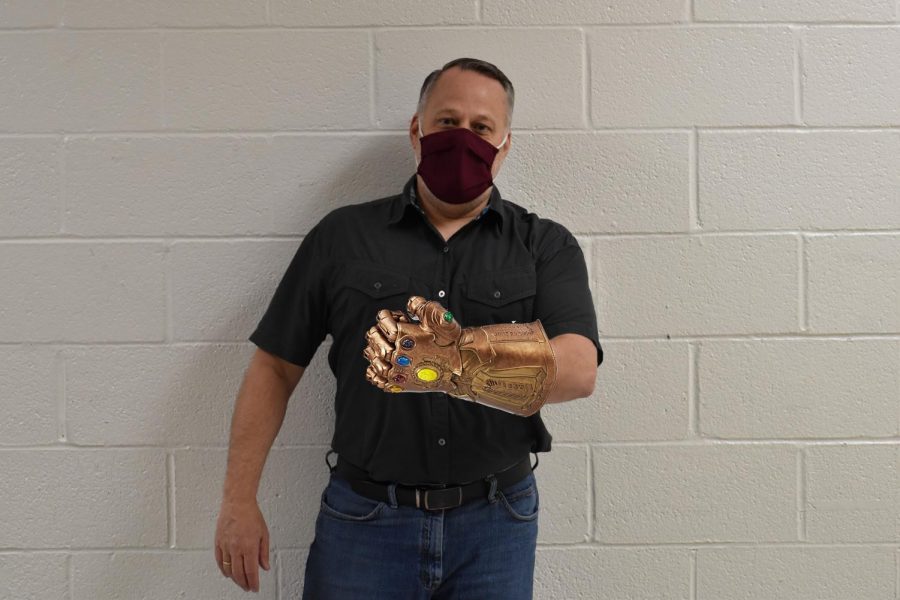 In this article, we take a look at Thanos’ decisions in Avengers: Endgame from the perspective of one of our very own AP Environmental Science teachers, Randy Shangraw.
“I am inevitable…” If you have watched the groundbreaking end to the Avenger’s saga, Avengers: Endgame, since its release in Apr 2019, that phrase sent shivers down the spines of fans when Thanos snapped his fingers for the first time. Instantaneously, half of all living things on planet Earth suddenly withered away into nothingness, including the superheroes we held nearest and dearest to our hearts in the Marvel Cinematic Universe.

This monumental moment not only left fans in shock, but it also begged many questions on Thanos’ motives to his madness. As per Looper’s interpretation, “As the leaders of Titan sought solutions, Thanos came forward with a radical idea: Randomly kill half of the population regardless of wealth or status so that the other half might prosper. For this suggestion, Thanos was exiled from his home planet, but on Titan his prediction actually came true.” Thanos then took this line of thinking to those inhabiting Earth and succeeded, regardless of the cost.

But, what if Thanos was right? Is it inevitable that because of Earth’s ever growing population and the linear regression of resources available to us that we will suffer due to our own neglect of the environment?

Luckily for us, AP Environmental Science students recently delved into the concept of populations and how our resources can and will affect our future under the instruction of faculty member Randy Shangraw.

“In our unit on populations, we studied how populations grow with unconstrained conditions (exponential growth) or with some type of limiting resource (logistic growth).  Most populations eventually flatten out at what is called the carrying capacity due to some limitation (food, space, etc.),” said Shangraw. “It’s interesting that the human population has not hit the point of flattening out, and in fact is still growing very rapidly.  We continue to ‘outsmart’ potential limiting factors, but who knows when that will catch up to us.”

With this curriculum in mind, I had the idea of asking Shangraw what his thoughts were on Thanos’ snap, and if his line of thinking may actually be aligned with our reality.

The first thing to assess is if our population is as far gone as some suspect it to be, and if our general population status based on our environment is progressively getting better or worse.

Based on Shangraw’s expertise as an environmental advocate, he stated that “there is no doubt that humans are overusing the finite resources of this planet.  From fossil fuels, to our forests, to our marine life, to our land, to our metals and minerals, we are using resources faster than they can be replaced.” He further went on to define the concept known as our “ecological footprint,” “that measures our rate of consumption of resources relative to the rate of replacement since the 1970s.” It is important to note that our collective ecological footprint as a species continues to grow, with no signs of stopping anytime soon.

As per Shangraw, “extinction rates are 100 to 1000 times higher than a ‘normal’ baseline rate, we are losing a football field of rainforests every second, and current estimates show that we will run out of fossil fuels by 2060.” These are only a few examples of how humans are making a massive impact on the environment, but it seems that the list goes on and on.

Now it’s time for the question we have all been waiting for: Does Mr. Shangraw believe that there was some logical reasoning behind Thanos’ decision to wipe out half of all living things on Earth? This is arguably a very loaded question, since Thanos did commit an act of random mass genocide to fulfill his “destiny.”

However, Shangraws in depth answer was quite interesting, and really gives people a closer look at the repercussions of “the snap.”

“When I first thought about this, I immediately thought about the earth with half the human population eliminated (and all other living things left untouched).  One could argue that yes, the world would be better off with only half of the human population relative to today’s population, but a mass genocide of a random sampling of 50% of all humans would be catastrophic for so many reasons,” said Shangraw. “I would say that for the most part, every person plays an important role in the normal functioning of our society.  Losing half the people overnight would lead to the immediate failure of our businesses, our schools, our supply chain, our communities, and our government.  Chaos would ensue, not to mention the incredible grief and pain from such an event.”

However, the most captivating part of his answer was not his rationalization of such a catastrophic event, but rather his description of what would happen to us if we lost half of all living things.

“First of all, if you happened to be one of the 50% that survived, you would not only wake up to incredible grief and despair (and chaos), but you would also have some gastro-intestinal problems from the loss of half of your gut microbiota,” said Shangraw. “Leaving your tummy ache aside, the world would have some serious problems with resources and resource distribution – assume lots of hunger, disease, conflict, additional deaths, and anarchy for a little while.” Who would have thought that even our tummies would face the aftermath of “the snap”?

All in all, Shangraw believes that Thanos’ approach was off for a variety of reasons. But, Shangraw does believe that “if you could slowly pare back the human population by 50% over say, several decades (without killing off 50% of all other living things), you might have an outcome that is better for this planet.  In the meantime, we just need to protect our resources and be better stewards of this planet.”

So, it does look like Thanos may have had some methods to his madness, but nothing excuses wiping out half of all life. As much as we may not realize it, we need these resources, both renewable and non-renewable, to survive for as long as we can. It is up to us to be more cautious of the dent we make into both our population and our environment.

Even when it seems all hope is lost for our planet, there are some ways we can help keep our population as stable as possible. Shangraw listed a plethora of ways we can help, including “encouraging the use of carpooling and mass transportation to limit fossil fuel consumption, reducing meat consumption, using reusable grocery bags, and becoming activists.” Or, if you’re really channeling your inner Mr. Shangraw, you could ride your bike to school every day just like he does.

The general consensus is that Thanos was truly a villain in Shangraw’s eyes, not a visionary. What do you think?